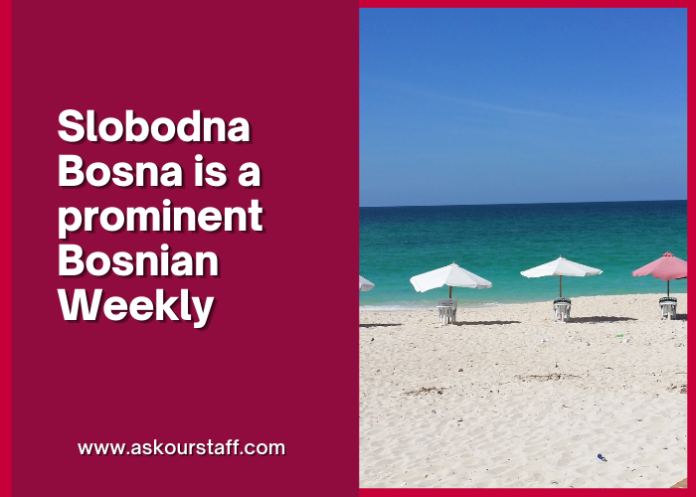 Asim Metiljevic, the current editor-in-chief of Bosnia and Herzegovina’s historical weekly Slobodna Bosna, is seated on a sofa in a hallway next to the editorial offices. He smokes and looks relaxed about the future. OBC is told that there is nothing left to do, and that this is the future. We are part of a past that was built in rotaries with the smell and the help of an army of people. They had to manage everything from the layout, the press, distribution, and even the printing. Every generation brings new changes. My daughters, for instance, have never purchased a daily newspaper. We must adapt. Information will soon be available online, and it seems inevitable, particularly in smaller countries like ours.

Slobodna Bosna was a Weekly Magazine

Slobodna Bosna was a weekly magazine that had been in existence for over twenty years. It published more than 1,000 issues. At the beginning 2016 Slobodna Bosna stopped publishing and moved all content online. Metiljevic says the reasons are changing times, the imminent end of the printed media, as well Maxi Health as unsustainable costs and lack of attention from the authorities. Publishers of magazines and newspapers in Bosnia and Herzegovina have to pay 17% VAT on all sales. We would be required contentness to collect taxes every week on the thousands of copies that are not sold. There are also a lot of Bosnian phenomena. Many people are poor in this country and struggle to spend 3 marks (EUR 1.50) for a copy. Readers often buy a copy and read it. Then they bring it back to ask for one mark.

Metiljevic is optimistic about the future of the project. The magazine currently has 12 employees and a few freelancers. “Going digital has helped us save a lot of money. You don’t know how much distribution costs we used to pay. This change is also very motivating, as we now have the chance to deal with a new, more dynamic type of journalism.

Metiljevic ignores the important issue of funding – can Slobodna Bosna be financially independent if it relies on advertising? What, if any, can a magazine that has built its reputation on investigative journalism and insight rebuild its future as one the many portals that report only 500 words or less?

End of an ERA

Many have grieved the loss of Slobodna Bosna, who delivered its last issue, its thousandth, and declared its intention to discontinue newsstands.

Union of Journalists of Bosnia and Herzegovina released a statement regretting “immeasurable losses for the journalistic community and citizens of this country.” Slobodna Bosna, one of few independent media outlets in Bosnia and Herzegovina has for many years been able resist the pressures of politics and offer a critical view on current events in Bosnia. It exposes corruption and organised crime and resists nationalism and fascism.